Puss in Cahoots
Devised by the Company and Katy Owen

The actors are waiting for you in a community centre somewhere that smells of bolognese and hamster.

They have been turning up (mostly) on time since September, covered in tinsel, candied fruit and humming a merry verse of ‘Deck the Halls’. They are ready to entertain you and they are going to try their festive best… (However, Kylie’s on the wrong bus heading for the Mumbles and Tyler’s had to go back to his Nan’s because she can’t find her back door key.)

Still the show must go on and somehow it will… 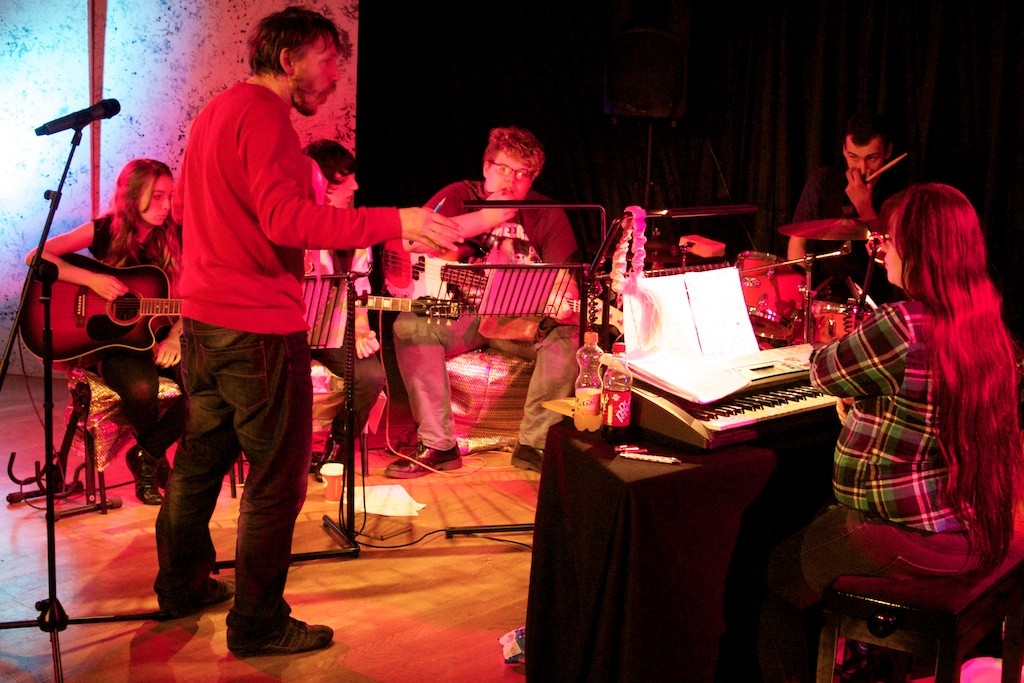 This year’s Christmas Show, Puss in Cahoots, involved over 50 young people aged 11–25 who take part in our regular professionally led weekly workshops. Working with Writer-Director Katy Owen to devise the show, the young people created a unique alternative take on the traditional Christmas Show, involving a total of six (count them) different Pusses. 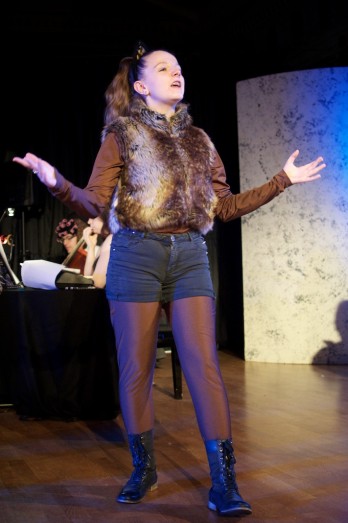 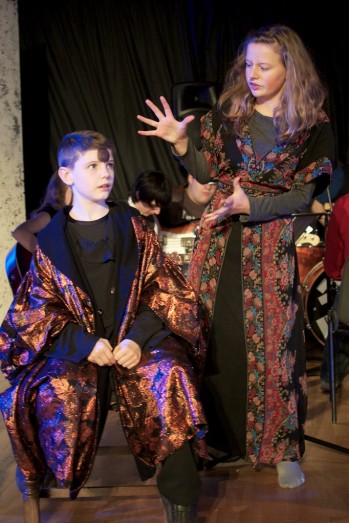 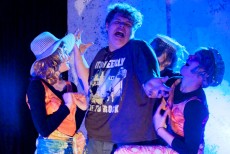 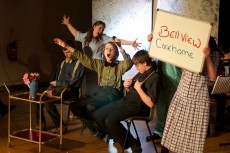 The residents and staff of Bell View Care Home. December 2014 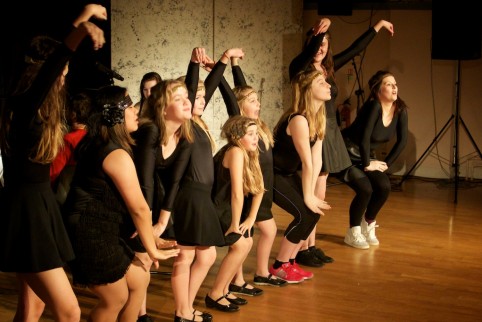 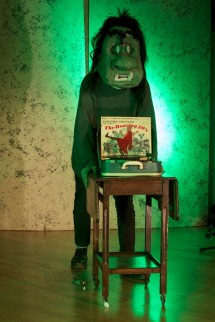 The Ogre with his imaginary friend, Kevin. Puss in Cahoots. December 2014

The Princess demands her helper interpret the finale of Titanic through the medium of expressive dance. 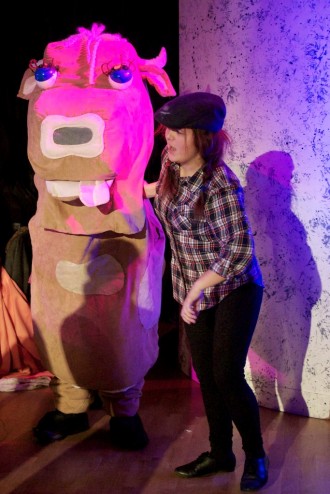 An entirely gratuitous appearance from a pantomime cow. Puss in Cahoots. December 2014
Thanks to funding from CAVS and the GwirVol Youth led Grant, sign language tutor, Sami Thorpe, worked with us to create a sign language song for the finale, making our production even more inclusive.

The young people from Mess Up The Mess were joined by dancers from local dance and theatre groups Starquest and Statik.