A magical journey through lands of legends and dreams to the greatest grotto in all of space and time.
Which path will you choose?

This year Mess Up The Mess created not one but two shows for Christmas: 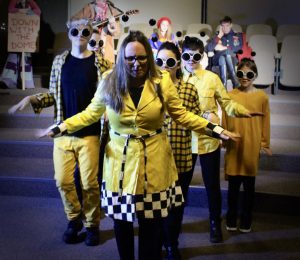 Both shows were created by young people from Mess Up The Mess working with writer, Mark Williams, director, Elise Davison and composer, Dan Lawrence. The shows were presented at the National Botanic Garden of Wales in the Theatr Botanica. 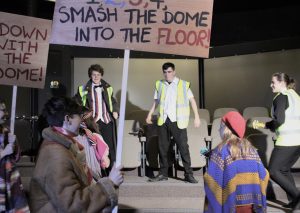 In The Last Quest we searched for the perfect world to call home. Dissatisfied with a life controlled by computers, and restricted to living in a giant dome, our group of adventurers ventured through time and space to various lands on their quest for Winter Wonder World. Along the way they encountered killer bees, thumb wrestling knights and Norse Gods, goblin children, and finally dancing zombies. 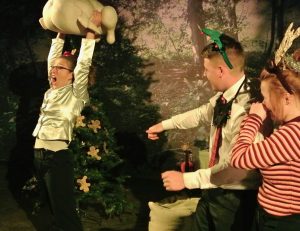 In Winter Wonder World, time jumps forwards, Seren, Noel and Ivy, the descendants of the travellers welcome you to the launch of the grotto they have created. Fabulous festive foods. A glorious gallery of gifts. And a visit from the Crimson King himself. What could possibly go wrong? 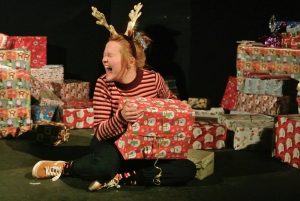 The Last Quest and Winter Wonder World were funded by Arts Council Wales and the National Botanic Gardens of Wales.