Ho Ho No! The Trials of Christmas
Written by the company and Llions Mai

It’s Christmas time in Ammanford. But all is not well. Father Christmas has disappeared, Rudolph thinks he’s a dog and the overworked elves are threatening to go on strike. Local business man Christopher St Nicholas is taking full advantage by selling toys and gifts at his aptly named shop ‘Snow-ver Priced’. The locals are beginning to wonder if Christmas really is such a magical time of year after all. 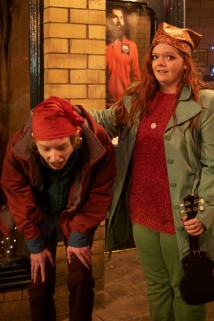 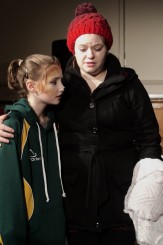 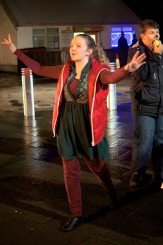 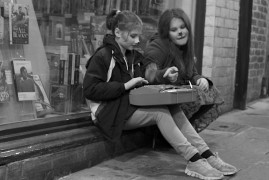 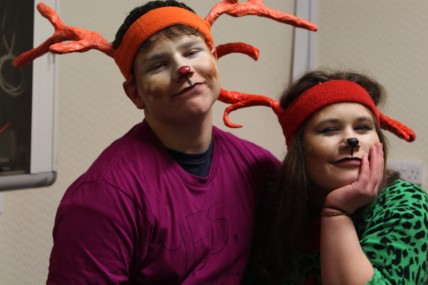 This year’s Christmas show was a departure for Mess Up The Mess. For the first time we left the Miners’ Theatre and performed the show on the streets of Ammanford and in several secret and surprise locations. Writer, Llinos Mai worked with the young people of Mess Up The Mess to create a magical promenade performance that kept celebrated the spirit of Christmas in Ammanford and included a missing Father Christmas, rebellious elves and reindeer aerobics.